England is a densely populated country. And, with around 413 people per sq. km, according to the Office for National Statistics, it’s not at all surprising to discover that many people struggle to find a home that they love and which offers them enough space. But if the home you love just happens to be a property on a limited plot of land – say somewhere in central London (where apparently population density skyrockets to 5,100 people per sq. km) – and you also happen to have a ‘money is no object’ attitude and budget, you may be able to create the home of your dreams by digging downwards.

Some of the wealthiest areas in London also have some of the strictest planning regulations because stucco-fronted Victorian terraces may look a little odd with an additional few glazed storeys on top, or a massive extension to the rear when the garden started off at only 20ft long! The answer in recent years, for an innovative group of super-wealthy homeowners, has been to build a basement super-extension, or to create ‘iceberg’ homes, as they’re commonly known.

An iceberg home is one where there is more space in the house below the surface than above, with a double or even triple storey basement. So if your £5 million home in Knightsbridge is just not big enough and you feel you absolutely must have a swimming pool, sauna, cinema room, palatial dining area, and/or additional bedrooms, then why not build down instead of up?

Basement extensions have always been expensive and their construction is certainly disruptive, for your home and for your neighbours, but they can transform a house. Not unsurprisingly, multi-story basement extensions have been a point of contention in some of London’s most expensive postcodes, so much so that the London Borough of Kensington and Chelsea has banned them. In December 2014 the council passed a planning regulation that restricted the size and spread of basement extensions because of the number of complaints they had received about them. And, earlier this year they went even further to ban working on basements on Saturdays because of further noise pollution complaints they had been receiving.

So, the question is, are you for the multi-storey basement extension – the ability to create an incredible contemporary space under your home, doubling your living/entertaining space or more and massively improving the value and style of your home? Or are you against them as environmental hazards, disturbing the peace of leafy London terraces in world-renowned city boroughs along with all the mess, noise, structural instability, traffic and equipment nuisance and angry neighbours they create?

While Kensington and Chelsea may be toughening up on those with subterranean vision, there are still plenty of people from the business elite or celebrity arena who are digging down to create their dream homes. But, with the inevitability of planning controls becoming stricter across the capital, you’d better dig fast if you want your Hollywood-style luxury underground pad.

How To Effectively Brand For Estate agents 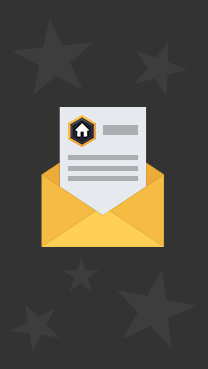